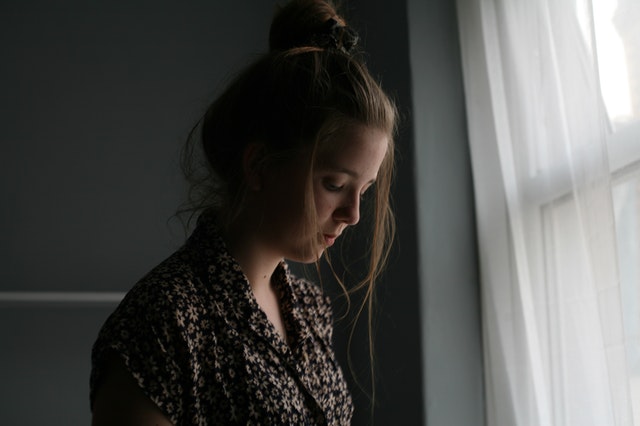 Antisocial behaviour is defined as ‘Acting in a manner that caused or was likely to cause harassment, alarm or distress to one or more persons not of the same household’. Creating Change takes anti-social behaviour seriously and works with residents, neighbours, local authorities, police, support providers and other parties to ensure that it is appropriately

The following non-exclusive list includes a number of examples of anti-social behaviour.

If you wish to report anti-social behaviour to us, please call 0333 366 1159, or complete the form below. If you have reason to believe that you are in immediate danger, please call the police.

Information about commonly reported issues can be found below, with some ‘troubleshooting’ tips that may help you resolve the issue yourself. If you wish to report a maintenance issue or any other matter please call us on 0333 366 1159 or use the form at the bottom of this page.

All emergencies MUST be reported via telephone, as contact forms and emails are only monitored during Creating Change office hours. Our office hours are 9am to 5pm, Monday to Friday, excluding bank holidays. Outside of these Hours, please refer to the information board in your property.

What do I have to pay for?

Creating Change’s residents are obliged to use the property in a resident-like manner and not cause damage. Creating Change may issue a recharge invoice for the following:

Not sure if I have an emergency

An emergency is considered to be any occurrence where there is actual danger to the occupants of the building, staff or visitors, or there is potential for further damage to the property.

Examples of emergencies are:

If you have a maintenance emergency please call our maintenance helpdesk on 0333 366 1159 Examples of things which are NOT emergencies are:

If you need to report a maintenance issue, please call our helpdesk on 0333 366 1159 Please note that misuse of the emergency maintenance facility will result in charges being made back to the residents.

No heating or hot water

If you find that you have no heating and hot water the issue is likely to be connected to the boiler. Sometimes a boiler will have a fault and will require resetting. You can do this by turning it off and back on again. Some heating and hot water systems controlled by a timer or thermostat which is found on a control unit on the wall. Make sure that the timer is set to ‘on’ and that the thermostat is set to the desired temperature. If you have had to turn the switch to ‘on’ or turn the the heating up, it may take some time to reach the desired temperature. If the timer is set so that heating and hot water is ‘off’ at the time you wish to use it, you may be able to get a supply for one hour by pressing the ‘heating advance’ or ‘hot water advance’ buttons. If your boiler has lost pressure you will see the pressure gauge on ‘0’. You may need to add pressure using the filling loop. Once the pressure is at the correct level you will need to turn off the filling loop. If you have a top-up electricity or gas meter, you may have run out of credit for it and require a top-up. If after following the above steps you still have a problem, please call our maintenance helpdesk on 0333 366 1159

The fuse box (also called the consumer unit) contains the main on/off switch for the electricity in your home. The fuse box can usually be found next to the electricity meter, under your stairs or by your front door. It has a circuit breaker that will automatically switch off the electricity by tripping a switch, breaking the circuit in the event of an electrical fault. You will also find a row of smaller switches called mini circuit breakers, or RCDs. These control the electricity to the lighting and socket circuits in particular rooms or parts of your home. They will trip out if there is an overload on a particular circuit (e.g. if a light bulb blows or too many electrical items are plugged into one socket). Loss of electricity could be because of a power cut or, if you have a top up electric key meter, a lack of credit. Check to see if neighbours’ homes have also been affected by a potential power cut. If neighbours still have power, you may have to check whether a fuse has tripped in your fuse box.


If after following the above steps you still have a problem, please call our maintenance helpdesk on 0333 366 1159

Blockage in toilet, bath or sink

If you have found a sink or toilet to be blocked, please take the following steps to attempt to remove the blockage.


If after following the above steps you still have a problem, please call our maintenance helpdesk on 0333 366 1159. If the blockage was found to have been caused by excessive volumes of paper, or foreign objects such as wet wipes, the resident(s) may be charged the full cost of clearing the blockage.

Water leaks can occur for a number of reasons, including damage to pipework or roofing, a fault developing with an appliance that uses water, and sanitary items overflowing – like baths, showers, sinks and toilets. In the event of a leak it is important that you identify what is leaking and make sure the water is turned off to stop the leak from getting worse. If you notice a water leak please turn off the water at the stopcock and place a container underneath the source to avoid further damage. Any water leaks should be reported to Creating Change immediately to 0333 366 1159. When bathing please make sure shower or bath mats are in use to catch escaping water, and ensure that the bath is not filled so high that it overflows. After bathing, be sure to check the floor for excess water and mop up any spills if necessary to prevent water from getting to places it isn’t supposed to be.

Found mould in my property

Regular buildups of condensation can allow a fungus known as ‘black mould’ to grow on walls, ceilings, clothes and furniture. As well as affecting plasterwork and rotting window frames, black mould can have a negative effect on your health if the mould is not treated promptly. Mould can be a particular problem in the colder months when residents will often keep windows closed and clothes will be dried inside the home. To prevent condensation and mould you should maintain a constant balance of warmth and ventilation in your home. Mould can be treated very easily by wiping off as much as is possible using a fungicidal wash, ensuring the instructions are being closely followed. Fungicidal wash can be bought from most supermarkets and hardware stores. Repaint the affected surface using a fungicidal paint and dry any wet surfaces, such as windows and windowsills daily to help prevent the mould returning. Windows should be left partially open to allow for adequate ventilation. To avoid the buildup of condensation and the growth of mould in your home.

Residents have a responsibility to ensure their home is adequately ventilated to avoid mould growth. Instances of mould should be reported as soon as they are identified in order for advice to be given. Please take extra precautions against condensation and mould during the winter months. If you have identified mould please report it to Creating Change by calling 0333 366 1159

Cant find what you were looking for?

CONTACT US
Useful Information
What do Creating Change do?

Creating Change is a Service Provider that offers Intensive housing management and support on behalf of social landlords and registered charities, our service is offered to those who are homeless or at risk of homelessness.

As a provider of supported housing, we also ensure services include:

What are my rights a resident?

Your license agreement contains detailed information about your rights and responsibilities.

What are my responsibilities?

Your license agreement contains detailed information about your rights and responsibilities.


You can write to Creating Change., 92a topping Street, Blackpool, FY1 3AD


You can also use the contact form at the bottom of this page.

Can you provide me with care?

Creating Change does not provide care services to its residents.


What do I do if I want to leave the property?

if you want to leave Creating Change’s accommodation, you must provide us with a minimum of 28 days written notice to terminate your Licence. This must be in writing via a letter or email.

If you are unable to write the notice, you may need to ask for support to do this. Creating Change cannot accept notice from somebody else on your behalf, unless you have provided us with written confirmation that you are happy for them to do so, or they have been appointed by the Court of Protection to manage your property and affairs.

Notice can be emailed to 0333 366 1159 , handed to an officer of creating change or delivered to your local office.

What do I need to do when I leave my property?

You will need to do the following at the end of your tenancy.

Creating Change may need to charge you for any costs incurred in performing these tasks on your behalf.

Intensive Housing Management is a term used to describe the services provided by a supported housing landlord. The services are provided to ensure the ongoing viability of the tenancy with respect to the needs of the residents.

Intensive Housing Management can include ordinary landlord services provided at a greater frequency or intensity than would ordinarily be provided. It can also include services which are additional to the services an ordinary landlord might provide, such as provision of repairs and maintenance that resident might be expected to do in a general needs license, adaptations made to the property to ensure its suitability, provision of accessible materials if needed based on professional healthcare needs assessment, 24/7 emergency contact details provided, increased number of inspections and property visits, and ongoing liaison with other parties involved in the provision of services to the resident.